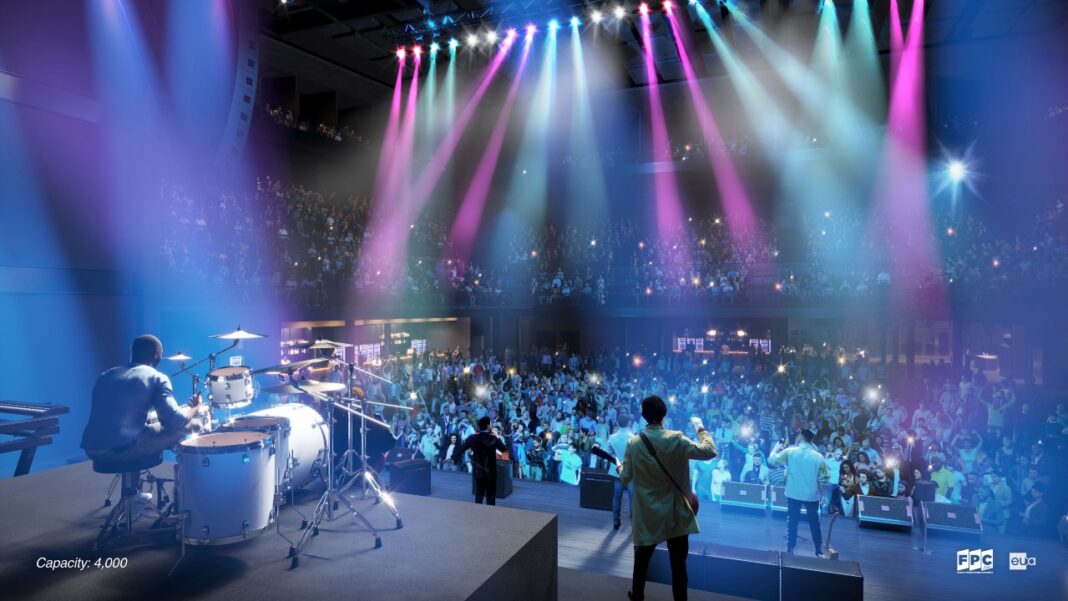 CPD livea subsidiary of Madison Frank Productions, plans to build a $50 million development with two concert halls, one with a capacity of 4,000 and the other with a capacity of 800, on the former site of the Bradley Center south of the Fiserv Forum. The site is controlled by the Milwaukee Bucks. Neenah-based Miron Construction Co. Inc. will serve as the construction manager for the project, in partnership with Milwaukee-based JCP Construction, according to a news release Monday.

With concert halls already permitted as a basic use in this part of the town centre, commissioners had been brought together to make changes to the general planned development (GPD) for the Deer District plots, known as the master plan of the Arena, mainly development standards for “block 3” which would impact the size of the lots where the concert hall is located, and an unbuilt parcel along North 4e Street. They were also asked to consider whether the city should create a new Detailed Planned Development (DPD) for the new concert hall dubbed the Block 3-Arena Phase 1 Master Plan.

Discussing the Department of Community Development’s support for these amendments, Planning Officer Sam Leichtling noted that the Department’s main standard of review focused on the requirements of the existing GPD standards set by the Common Council and not its potential impact on the market. could be.

“Historically, and currently, we have not used the zoning permit process to attempt to restrict competition between private entities within the same industry, such as proposed downtown banks, bars, hotels and restaurants. city,” said Leichtling, adding that it was part of the existing downtown plan to encourage new entertainment uses for this part of downtown.

That didn’t stop a hail of dueling predictions from speakers for and against the project, however.

Based in Los Angeles nation live, one of the largest live entertainment companies in the world, owns a majority stake in Frank Productions. Opponents of the development of FPC Live in Milwaukee say they are concerned that Live Nation’s enormous influence on the industry will result in a significant number of acts performing there at the expense of existing music venues in Milwaukee. .

Many of those who gathered on Monday to voice their objections are part of a newly formed group of local site operators opposed to the FPC Live project, called Save MKE’s Music Scene LLCwho predicted that Live Nation would bankrupt independent concert hall operators in Milwaukee, by only allowing Live Nation tours to perform at venues controlled by Live Nation.

On Monday, those critics accused FPC Live of trying to crush existing venues, like the Pabst Theater Group-run Turner Hall ballroom across the street from the venue, and the Miller High Life Theatre.

Joel Plant, CEO of Frank Productions, disputed these claims, stating that artists will ultimately decide which venue they want to perform in, noting that “venue styles are very different”.

Lawyer David Holbrook, who works with those opposing the project, disagreed that the new venue would still leave many artists interested in playing in the city’s old private venues.

“To sit here and suggest that opening a 4,000-person venue and an 800-person venue is not directly trying to smash every other venue is just not a serious statement. Any venues they’re looking for, whether it’s the Cactus Club or Shank Hall, are open venues that can be beaten with this 800-person venue,” Holbrook said.

John Wirth, an attorney representing Save MKE’s Music Scene LLC, added that what the group opposes is not another music venue entering the scene, but a “(Live Nation) corporation that controls the vast majority of the music scene in the world to come”. come in and choke out all the private room operators that have rooms here in Milwaukee.

When discussions finally returned to the elements of actual land use before the commission, the main points of concern centered on communications with Turner Hall and on existing general planned development language that any development in the area of ​​the arena master plan ensures that negative impacts (non-competition) at Turner Hall, such as access to the building, are prevented. Commissioners also expressed a desire to see a traffic study, as well as better facade for a windowless portion of the side of the concert hall building that will face the lot on North Fourth Street where development is planned in the future.

The proposed changes are expected to be submitted to the Zoning, Neighborhoods and Development (ZND) Committee in about a month.

Suspect wanted in two separate robberies on west side of Milwaukee