“Claws Up” Event to Celebrate the Milwaukee Brewers Playoffs

Milwaukee Mayor Tom Barrett and other city leaders, along with Brewers general manager David Stearns, celebrated the Brewers playoffs with a “Claws Up” event outside the hotel city.

MILWAUKEE – Milwaukee Mayor Tom Barrett and other city leaders showed the spirit of their hometown on Wednesday October 6 when they put their “Claws Up” in support of the Milwaukee Brewers and the race team playoff.

Barrett was joined by Beth Weirick, CEO of downtown Milwaukee, David Stearns, general manager of the Brewers, as well as Bernie Brewer and the famous Johnsonville Racing Sausages.

Weirick said the city is under tension – and businesses will show their support for the Brewers in a number of ways. 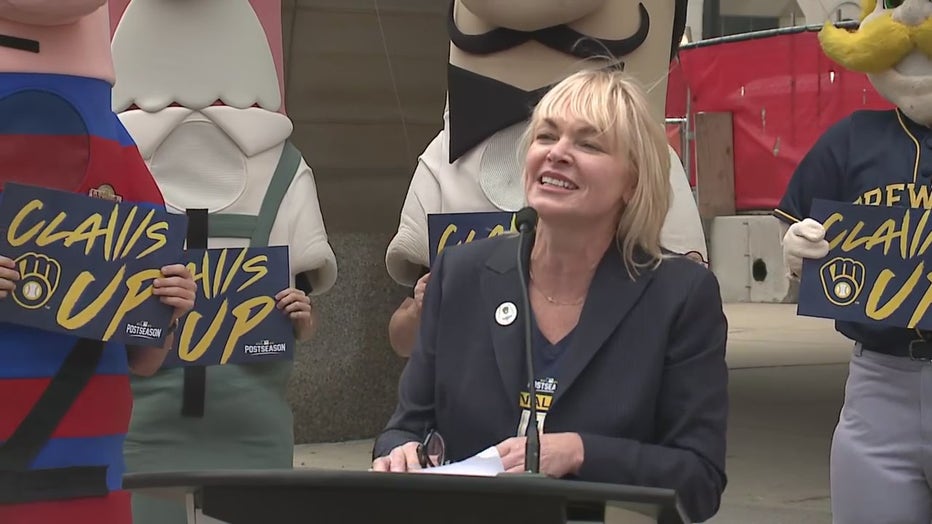 “We have over 25 important buildings and monuments that will be lit up in blue and yellow from dusk to dawn in support,” Weirick said.

Stearns said the team are ready to dive into the playoffs – and will feed off the energy of the fans. 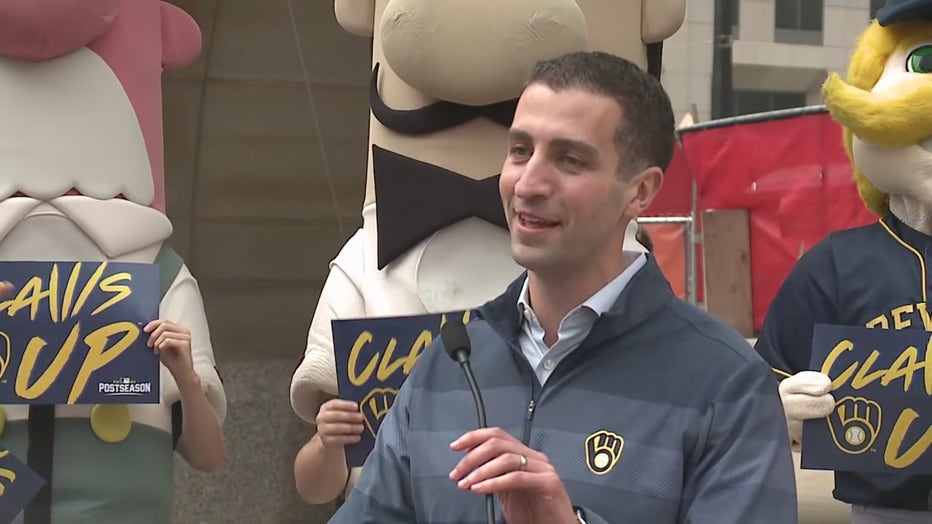 “Going back to an environment that is real postseason baseball with the best baseball fans, in an electric environment at American Family Field. That’s why we’re doing it,” Stearns said.

The Brewers’ playoffs begin against the Atlanta Braves at American Family Field on Friday, October 8.

Previous Kathleen Madigan, with a ranch side
Next Wisconsin Safe Harbor Bill, where are you?